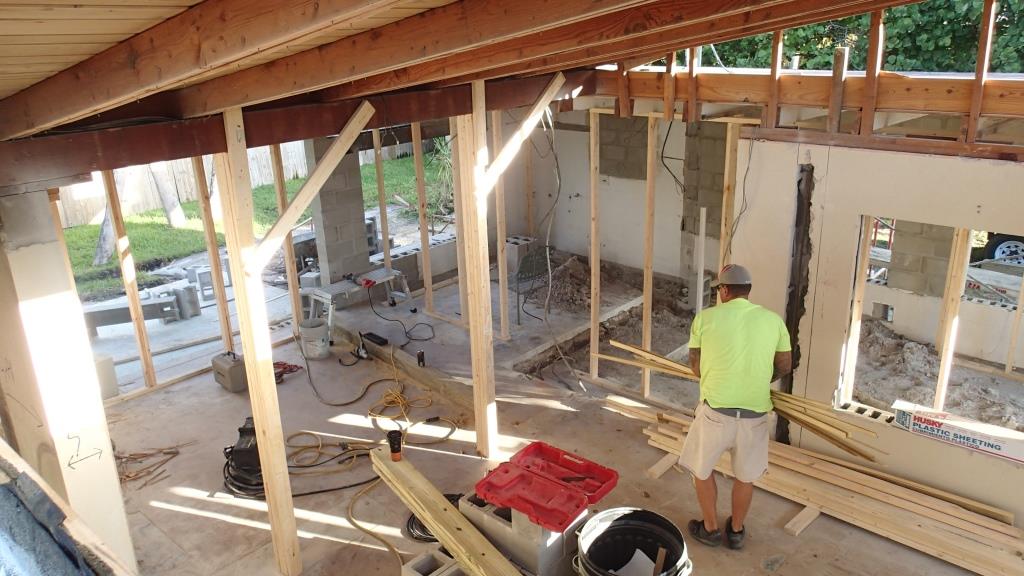 The Kitchen was relocated involving extensive trenching and relocation of services. Main sewage lines were re-run to the street for both kitchen and bathrooms. 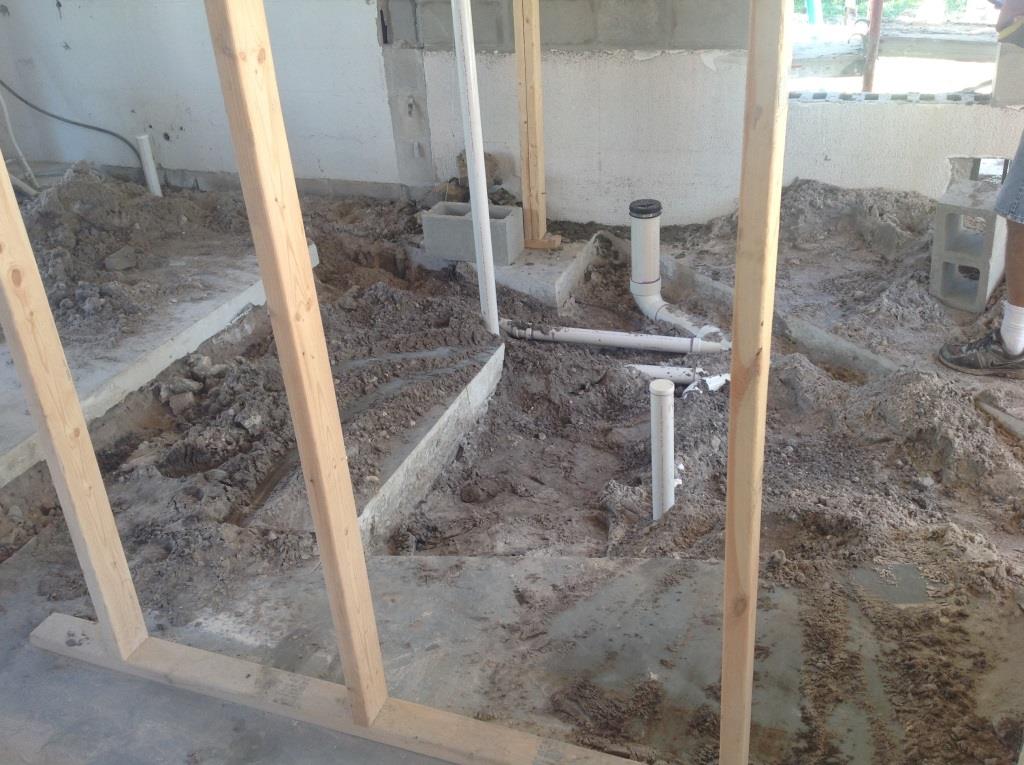 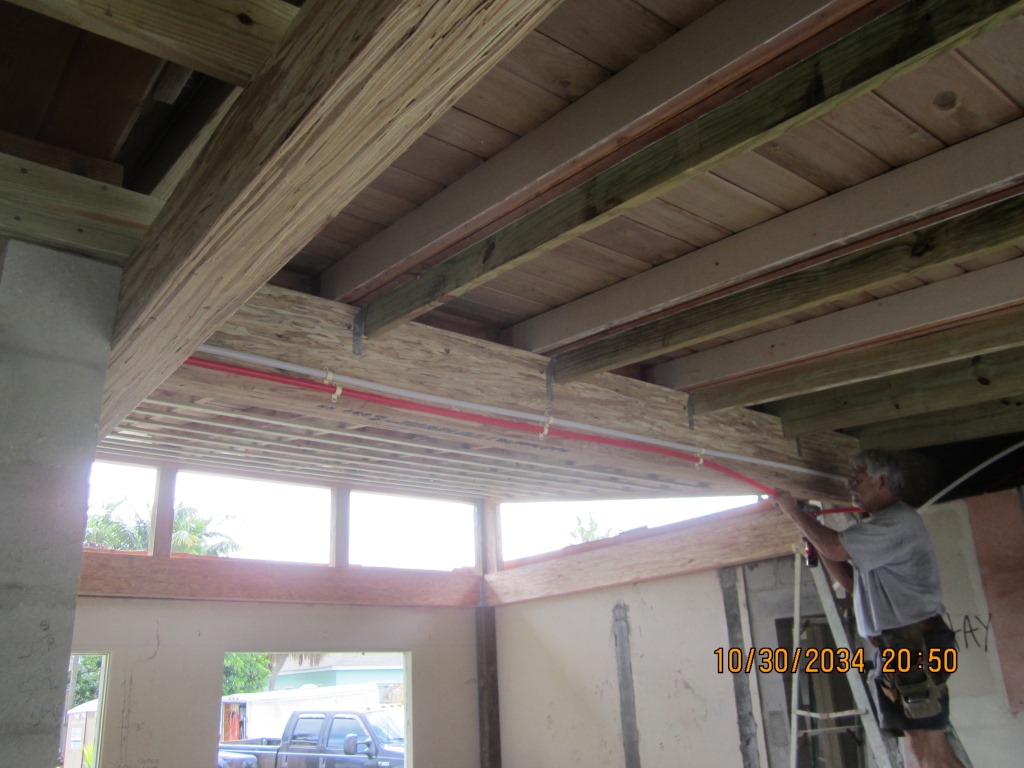 Water supply piping was distributed in the ceiling and then down the cores of the block walls to their final location. 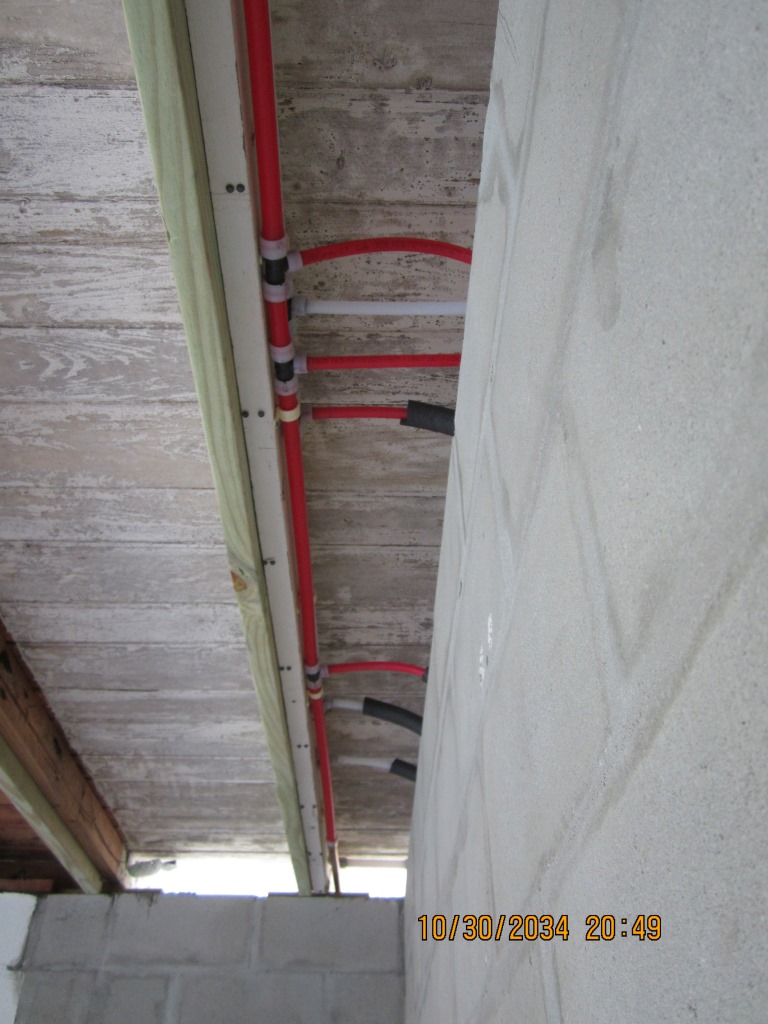 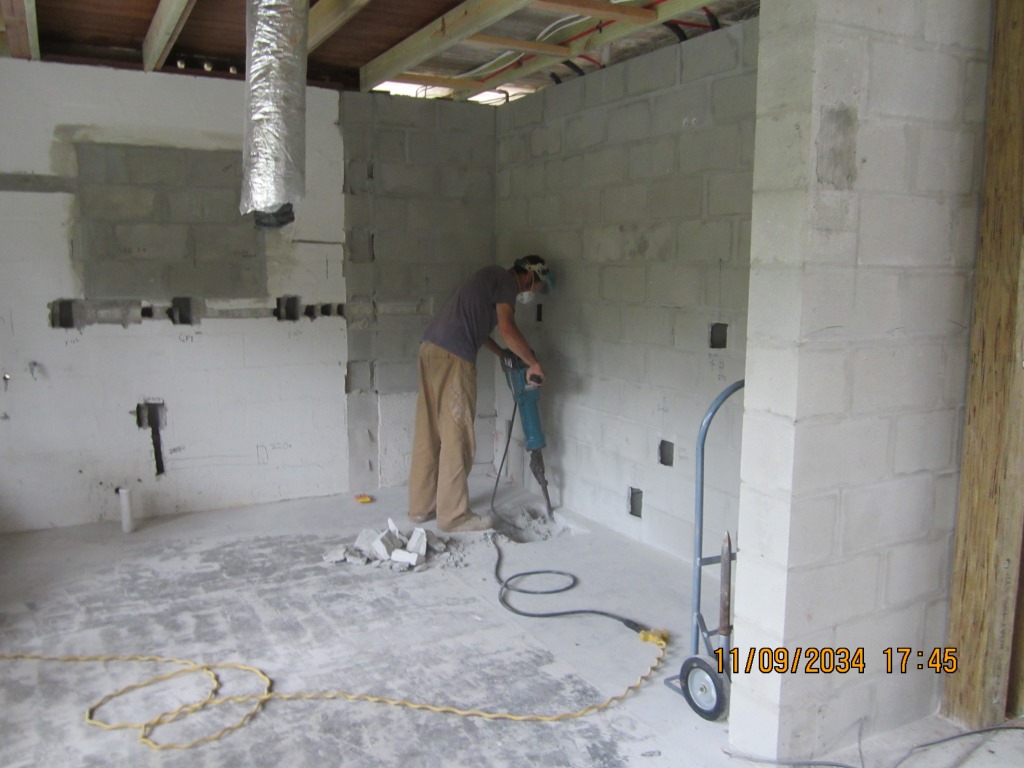 One of the challenges of running a remote project is keeping the contractor current with design changes while construction continues. In this photo, lack of timely Owner coordination required the Kitchen sink drain to be relocated from the wall on left, to the wall on the right. Also the new block fin wall in the foreground (right) was later removed to open the view connection from the kitchen to the Living / Great Room. 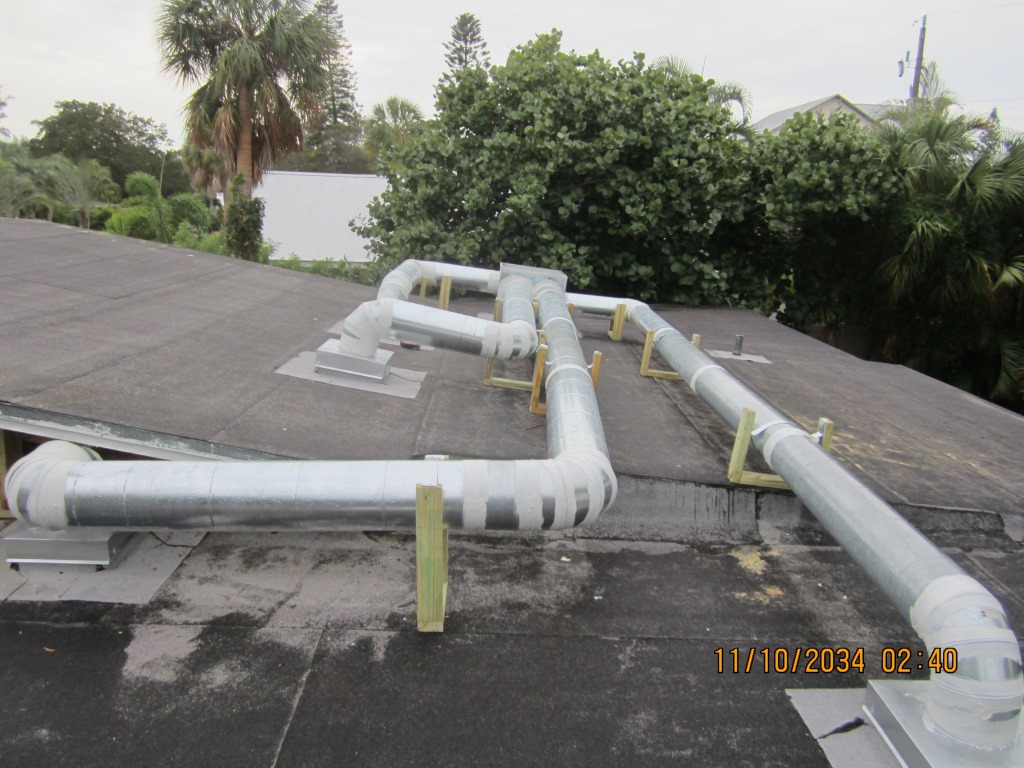 In order to prevent ducting and / or unit AC units from intruding incongruously with each interior space, air conditioning ducting was distributed across the roof  and kept as low as possible so as not to be seen from the street or the back yard. 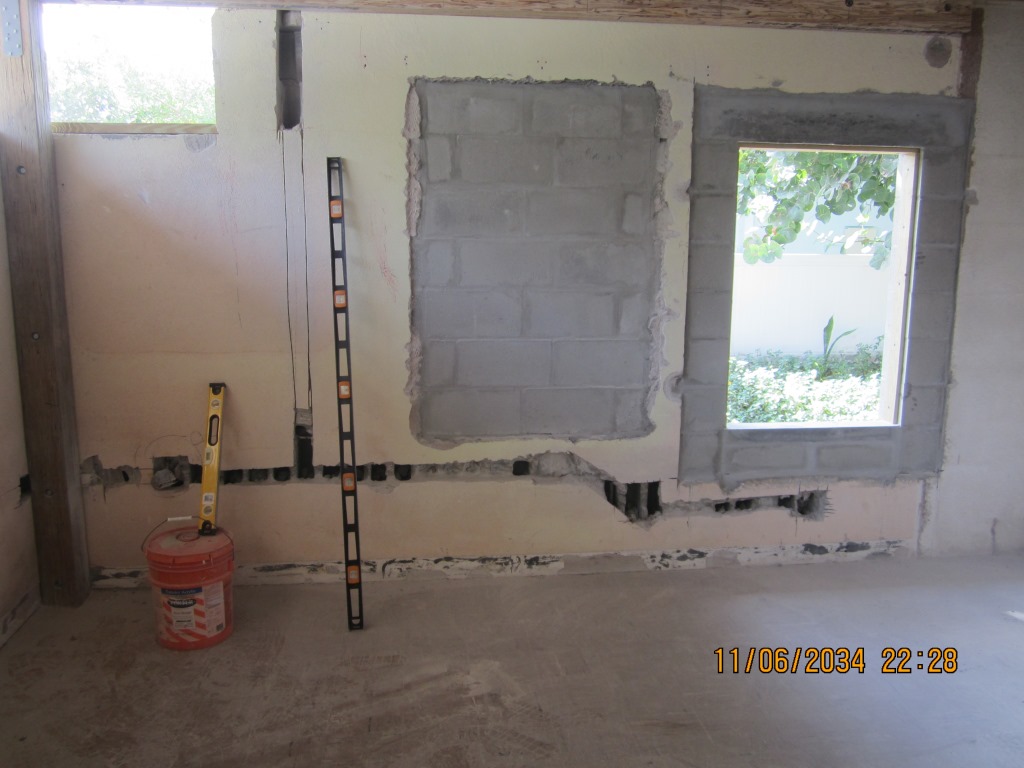 Electrical distribution in both existing and new block walls necessitated trenching in the walls with associated later infill patching. 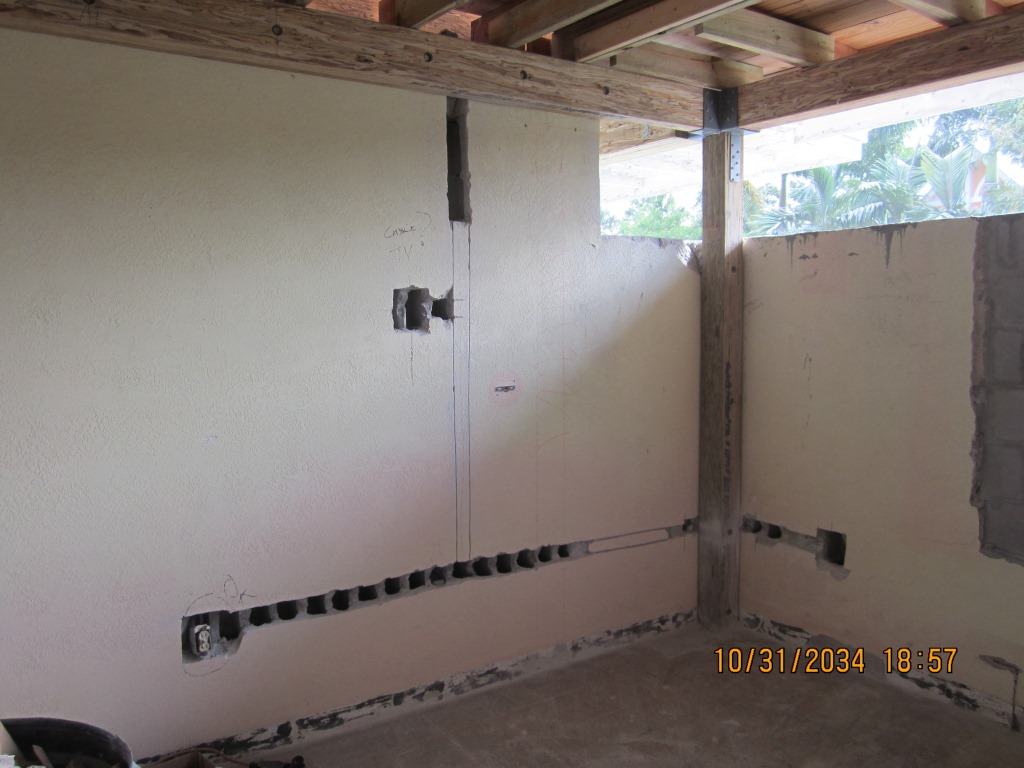 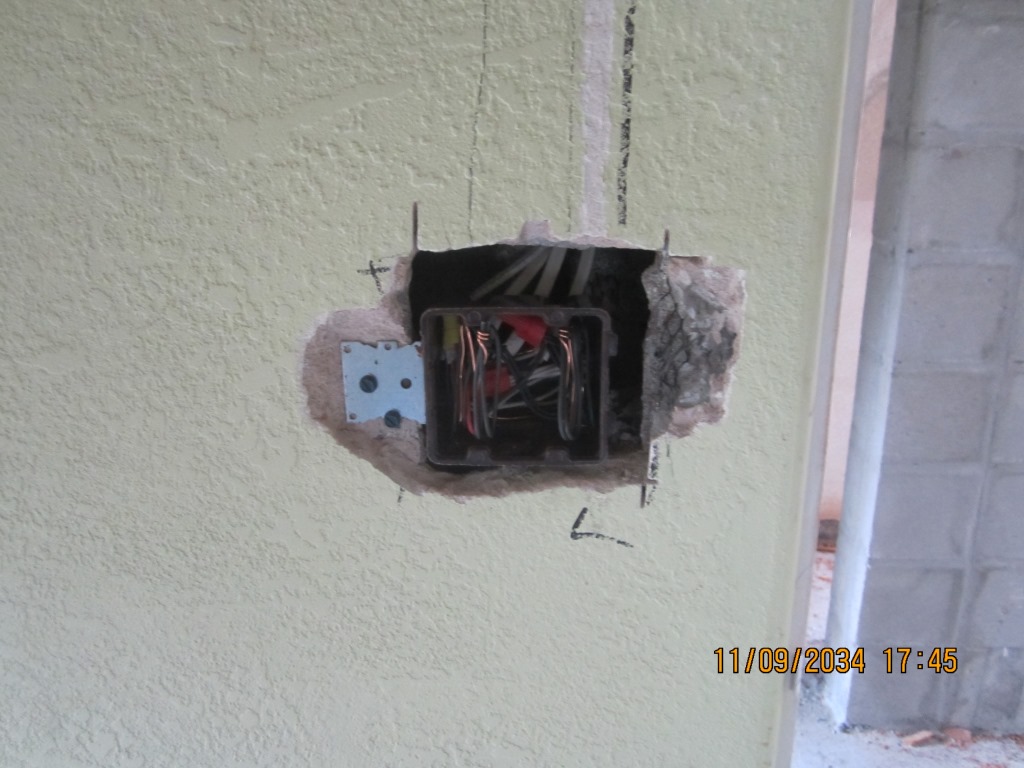 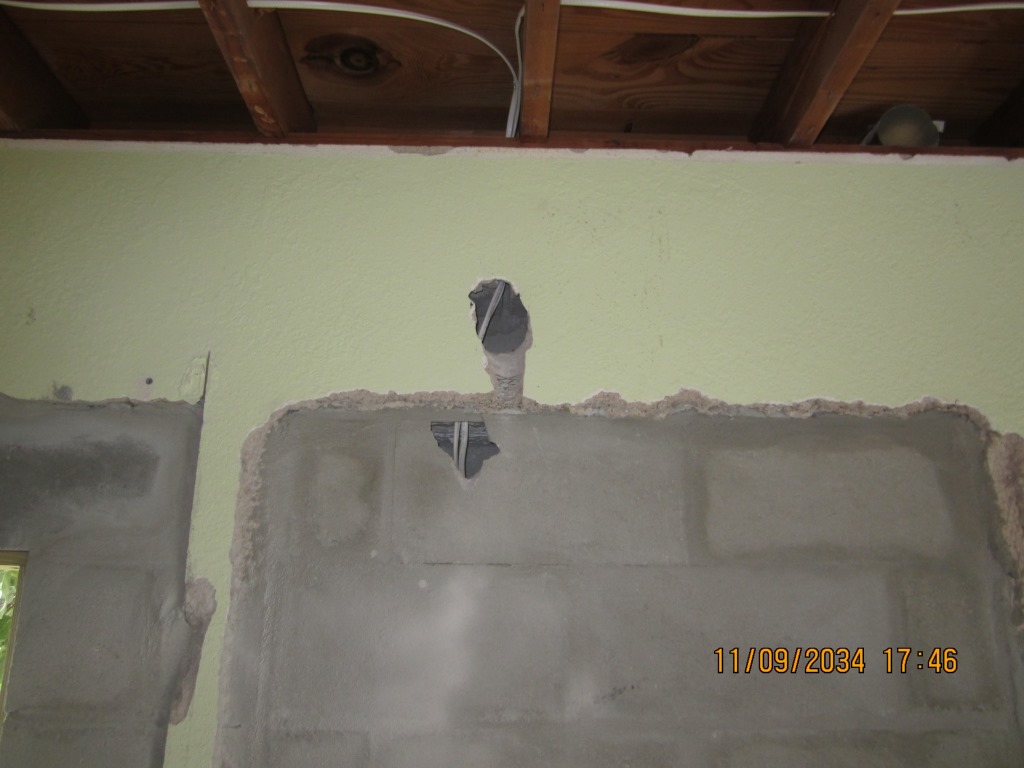 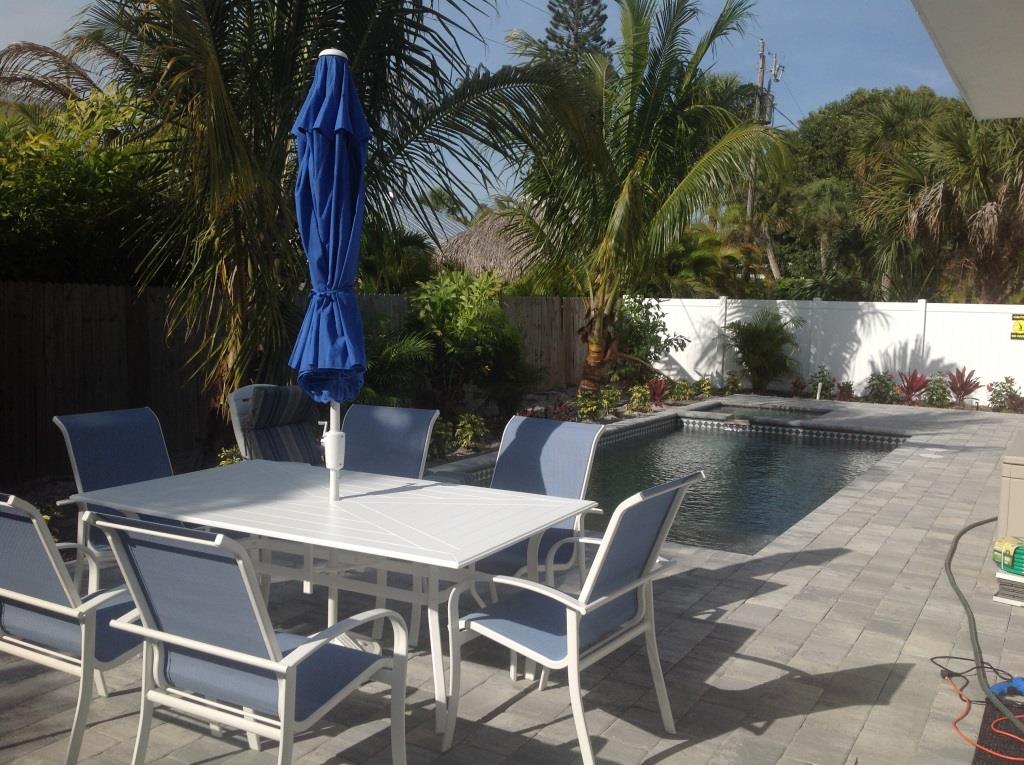 The former unsightly overhead electrical service cabling and mast that intruded across the back corner of the yard in the original home were buried in coordination with the pool excavation. Similarly, internet cabling was also buried from view.